You are here: Home / INDRP / Xiaomi wins domain disputes over MiLedTV.in (Case No 1010) 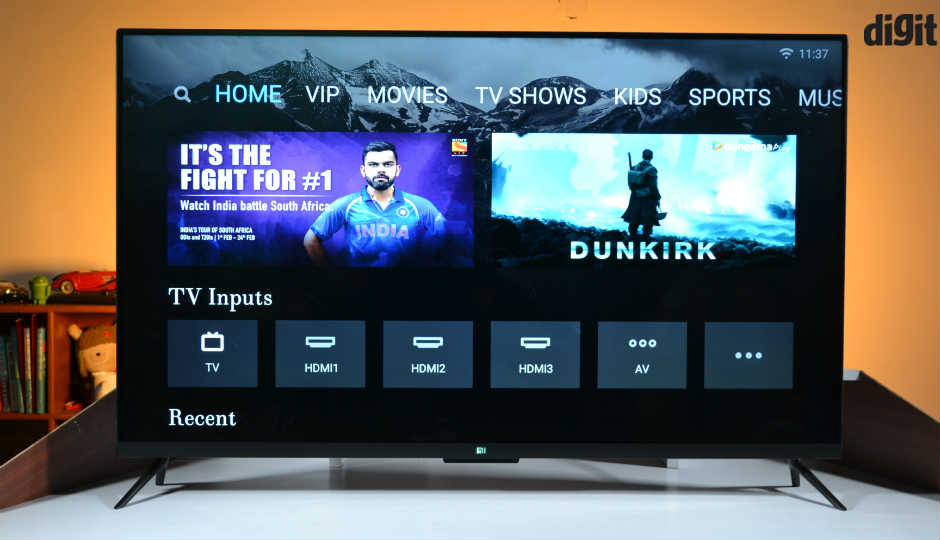 XIOMI Inc. has filed its first .IN Domain Dispute complaint with .IN Registry to secure the domain name for it’s LED TVs. It has total of 8 Trademarks registered in India including “mi”, “MIUI” and “MI”. In addition to the similarity to the Trademark the Complainant Company claimed Bad Faith and no Legitimate use of the Domain Name by the Respondent. Whereas, the Respondent failed to file any response, as a result all the claims of the Complainant have been upheld and the Domain name has been ordered to be cancelled.

DELIVERED ON THIS 2nd DAY OF AUGUST TWO THOUSAND EIGHTEEN AT PUNE, INDIA.

1) Arbitration proceedings were carried out as per .In Domain Name Dispute Resolution Policy (INDRP) read with INDRP Rules of Procedure, Indian Arbitration Act, 1996 and Code of Civil Procedure, wherever necessary.

2) The parties were requested to expedite their submissions so as to enable this panel to pass award within the 60 days time frame prescribed.

3) Copies of all communications were marked to both the parties and NIXI.

VI BRIEF INFORMATION OF THE COMPLAINANT :-

Xiaomi Technology is the owner trademarks “MI”, “XIAOMI” AND “REDMI” (Collectively referred to as Xiaomi marks) and Xiaomi India is associate of Xiaomi Technology and is authorised licensee and sole and exclusive right holder of the Xiaomi Trademarks in India. Therefore both the companies have joined this dispute as Complainant. They have been collectively referred to as the COMPLAINANT in this award.

According to the Complaint, Xiaomi is a China based company which uses Xiaomi marks in connection with designing, developing, manufacturing and distributing LED TVs, smart phones, mobile applications and other consumer electronic products. The unauthorised use of the Xiaomi marks by the Respondent in the disputed domain name has obvious impact on the business of both Xiaomi Technology and Xiaomi India. The Complainant is an internationally recognised producer and vendor of a range of peripheral devices and accessories including without limitation, headphones, earphones, power banks, fitness trackers, air purifiers, virtual reality headsets and Wi-Fi routers.

SUMMARY OF THE COMPLAINT : –

The Complainant’s Complaint is based on the following points, issues, representations or claims in brief:-

i. The Complainant has furnished a list of registered marks in various countries comprising the marks “mi”, “MIUI”, “MI” etc. and logos in India. There are about 8 marks registered in India.

iii. On 4.05.2018, the Complainant had sent a cease and desist letter, to the Respondent. The Respondent removed the web pages available on the disputed domain for a few hours but promptly brought its fraudulent website online on same disputed domain on 7.05.2018 in a new form.

NO RIGHT OR LEGITIMATE INTEREST IN DISPUTED DOMAIN NAME PARA 4(ii) OF INDRP : –

i. The Respondent’s registration and use of the disputed domain to impersonate the official websites of the complainant cannot constitute a bona fide offering of goods and services pursuant to Para 4(ii) and 7 of the Policy. The Complainant has cited previously decided disputes such as QRG Enterprises Limited and Anr. V/s Zhang Mi (INDRP/852), Madonna Ciccone, p/k/a Madonna V/s Dan Parisi and “Madonna.com” (D2000-0847 – WIPO), eBay Inc. V/s ebayMoving /Izik Apo, (D-2006-1307- WIPO) for this purpose.

(C) REGISTRATION AND USE IN BAD FAITH PARA 4(iii) OF INDRP: –

i. The Respondent’s registration and fraudulent use of the disputed domain disrupts the business of the Complainant. It is tarnishing the Complainant’s trademark and duping customers into transacting business on its website which visitor believes to be that of the Complainant. (Travellers Exchange Corporation Limited V/s Traveler For ex. Money Changer (D2011-1364 – WIPO. )

ii. The Respondent is intentionally attracting internet users for commercial gain by creating a likelihood of confusion regarding the Complainant and its trademarks. This is mainly because of exact copied marks and logo used on the disputed domain which legally and factually belong to the Complainant. (QRG Enterprises Limited and Anr. V/s Zhang Mi (INDRP/852),(Kabushiki Kaisha Toshiba d/b/a/ Toshiba Corporation Vs ICN Toshiba(d2004-0941- WIPO), Virgin Enterprises Limited V/s None, Salman Paris Paravakkal /Privacy Protect, org (D2013-0774 – WIPO).

iii. It is very unlikely that the Respondent did not have knowledge of the Complainant and its trademarks while registering and subsequently using the disputed domain. ITC Limited v/s Travel India (INDRP 065), Nike Inc. Vs B.B.de Boer (D2000-1397 -WIPO) more cases have been cited by the Complainant in support of his contention.

iv. UDRP panels have held that a Respondent’s use of false / fake contact information at the time of domain registration is in itself an indication of bad faith. In the present case the domain registration information provided at the time of domain registration is completely false and inaccurate and the real entity who is using the disputed domain is Web Tech Craft Pvt. Ltd., whose real contact details are provided on the website. In support of this statement the Complainant has cited decided case Nintendo of America Inc. V/s Berric Lipson (D-2000-1121 – WIPO), in which case the learned panel commented that “the Respondent’s providing false contact information in an obvious attempt to remain elusive is an indication of bad faith”.

(D) REMEDIES SOUGHT BY THE COMPLAINANT :-

On the above background of the Complaint and reasons described therein the Complainant has requested for CANCELLATION OF DISPUTED DOMAIN which is registered in the name of the Respondent.

The Respondent has failed / neglected to file any reply, say, statement in response to the Complaint or Notice of Arbitration, even within the period extended suo-motu by this panel.

Hard copies of the Complaint and annexures to it could not be delivered to the Registrant, because postal address registered by him is incomplete. However the emails sent to the Respondent on the email id available on whois details, have not bounced back. Therefore it can be safely presumed that the Respondent is aware of the complaint, Notice of Arbitration and also of the opportunities provided to him to put forth his case, submit say / reply to the Complaint / Notice of arbitration. Despite this the Respondent has failed / neglected to file any say / reply to the complaint / Notice of Arbitration.

REJOINDERS OF THE PARTIES: –

In view of non-filing of any say / reply by the Respondent, no rejoinder was called for.

This panel has, inter-alia, placed reliance upon the following evidences / details thereof, submitted by the Complainant: –

1. Copies of trademarks registered in India and in other countries in the name of the Complainant
2. Copy of printout of the Contact details stated in the Respondent’s website prior to May 4, 2018
3. Copy of printout of the company master data in relation to Web Tech Craft Pvt. Ltd. as provided on the website of Ministry of Corporate Affairs, Government of India
4. Copy of screenshot of the respondent’s disputed domain name prior to May 4, 2018
5. Copy of the Cease and Desist letter dated May 4, 2018 sent to the Respondent

Based on the complaint, contentions and annexures attached to it, this panel has made following findings: –

1. The Complainant has registered trade / service marks incorporating the word MI and registrations of these marks is much prior to the registration of the disputed domain name.

2. The postal address furnished by the Registrant is incomplete and hence all hard copies sent to him by NIXI, including complaint, annexures etc. could not be delivered to him. Even the name of the Registrant on the whois data base appears to be incomplete or fake. However his email id appears to be correct, since none of the mails sent by this panel has bounced back. It clearly shows that right from the beginning point of registration of disputed domain name, the Registrant had mala-fide intentions of using the disputed domain name for his illegal gains and has acted in deceitful manner. This panel upholds the view expressed in Nintendo of America Inc. V/s Berric Lipson (D-2000-1121 – WIPO) and concurs with the same holding it as an attempt to be elusive which itself is bad faith.

3. The Registrant / Respondent has not made any effort to come out with his case or to defend his case by submitting any say / reply to the complaint or to the Notice of Arbitration. Since none of the emails has bounced back including Notice of Arbitration, it is inferred that the Respondent has no interest in defending his case or he has no case at all. Similarly, several courts have held in numerous cases that ‘silence tentamounts to acceptance’. This panel therefore holds that the Respondent has accepted the contents, statements, allegations, data and details of the Complaint, to be true and correct.

Due to all above facts, it is inferred that the Registrant has intentionally and in a planned and well designed way, selected the product description, logo and other things, available on the official website of the Complainant and has been using the same for unlawful gains. This in turn is intentionally depriving the Complainant who is an owner of the registered trade /service mark, of benefits and gains which otherwise might have been available to him.

6. The Respondent is not known by the word MI or any resembling word to it.

7. It is the duty cast by INDRP read with INDRP Rules, on every person aspiring to register any domain name:-

On the basis of the averments in the Complaint, citations, documentary evidence and other substantiating points, this Arbitration Panel has come to the following conclusions: –

a. the registered domain name is identical or confusingly similar to a name,
trademark in which the Complainant has legitimate rights and interests.

b. the Respondent has no rights or legitimate interests in respect of the domain name.

c. the disputed domain name is registered and is being used in bad faith by the Registrant / Respondent.

On the basis of above findings on issues, foregoing discussion, conclusion and as per the remedies requested by the Complainant, this panel passes the following award :-

a. The registration in the name of the Respondent, of disputed domain name ‘MILEDTV.IN’, be cancelled.