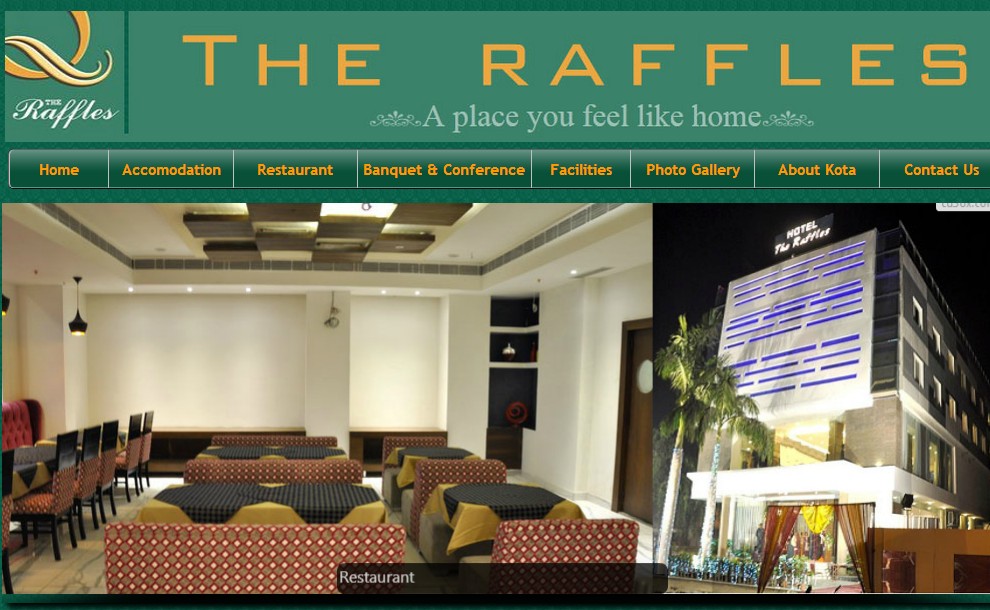 The INDRP Domain Dispute matter filed on 23 February 2015 as regards theRaffles.co.in seems to be very interesting and as Respondent seems to be into legitimate hospitality business in the city of Kota (Rajasthan). Even though complainant may be having some TradeMark rights in related term but bad faith can also not be proved mostly as a ground in case of legitimate business rights.

Pertinent to note that theRaffles.in domain is unregistered, therefore it will be interesting to see what intentions/basis the Complaints has to go against .co.in domain name in the INDRP proceedings.

Though through Google search, it is revealed that Raffles is a Hotel Chain in other parts of Asia including China, Indonesia, Singapore, etc, who maybe trying to claim upon the said Domain Name. Also there is a Hotel in Bangalore by the name ‘Raffles Residency’. And latter also have TM application no 2172618 pending with application date as 08/07/2011.

But in any case, a legitimate use of the Domain Name is being made, therefore it would be quite interesting to see the final decision in the matter !!!

Therefore as guessed the matter was filed by Raffles International Limited, who have presence in different Asian countries and also claim to have filed a Trademark in India before 2012.

Surprizingly, the Domain has been finally ordered to be transferred. Though in the matter of Audi AG v. Stratofex [Case No. D2012-1894], it was laid down:

This case illustrates the widely recognised principle that the Policy is designed to deal with clear cases of cybersquatting, see Clockwork IP LLC, One Hour Air Conditioning Franchising, LLC v. Elena Wallace, WIPO Case No. D2009-0485 (“UDRP proceedings are for clear cases of cybersquatting, not for resolving trademark infringement and/or trademark dilution disputes or other matters more appropriately dealt with through the courts”)

That is, only because some one has strong Trademark rights, it cannot be a ground for transfer of the Domain Name, while legitimate interests exist. The complainant should have more appropriately moved to the Civil Court and filed for injunction.

Secondly, the matter also involved the complication that arose due to the fact that WHOIS information showed the details of Website Designer Company rather than Hotel owners at Kota. The complete Decision for download is available at: https://registry.in/system/files/therafflescoin.pdf

The order is normally implemented after 90 days of the INDRP decision, as the Respondent always have the right to move to appeal to the High Court against this decision !