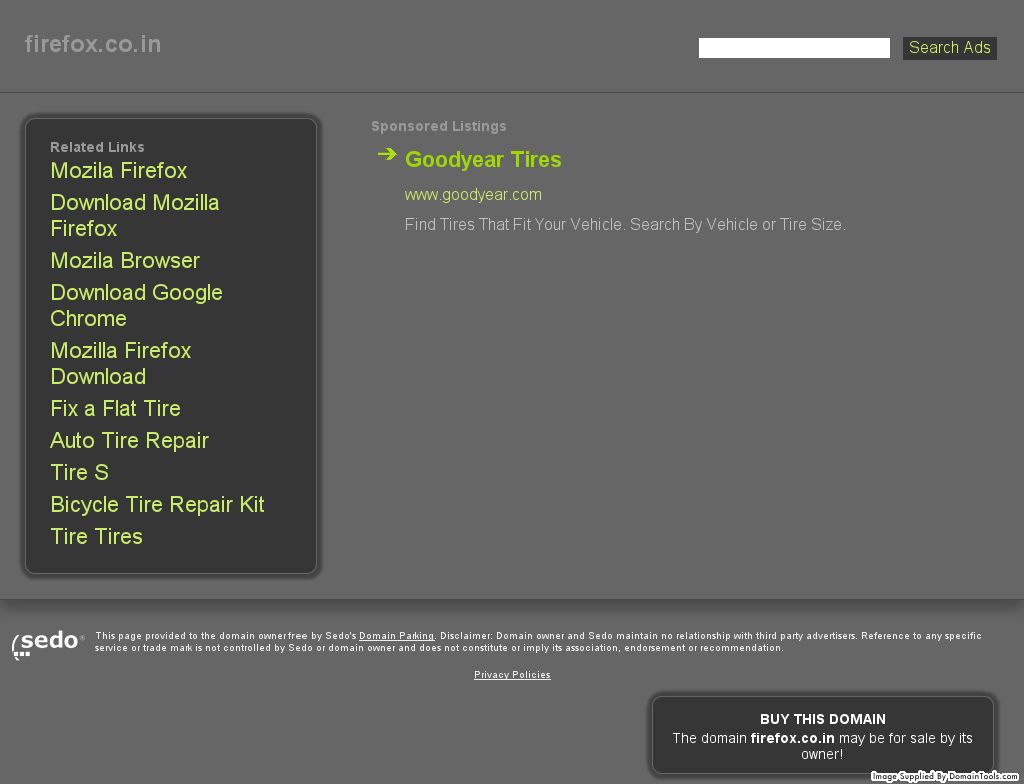 Mozilla is a free software community which produces the Firefox web browser. Firefox is a free and open-source web browser developed for Windows and other operating systems by the Mozilla Foundation and its subsidiary, the Mozilla Corporation.

Mozilla Foundation seems to have filed for Domain Dispute for the Firefox.in and Firefox.co.in domain names in the first week of April 2015:

While firefox.in has been parked at Bodis.com, with buy option. The other firefox.co.in has been on Sale at Sedo.com as per the Screenshot History (courtesy: DomainTools.com) but is not resolving now.

Mahindra Group has filed for a Domain Dispute against domain name Mahindra.in with Nixi/.In Registry … END_OF_DOCUMENT_TOKEN_TO_BE_REPLACED

In the matter of JaguarLandRover.co.in, the Domain has been ordered to be transferred to the … END_OF_DOCUMENT_TOKEN_TO_BE_REPLACED