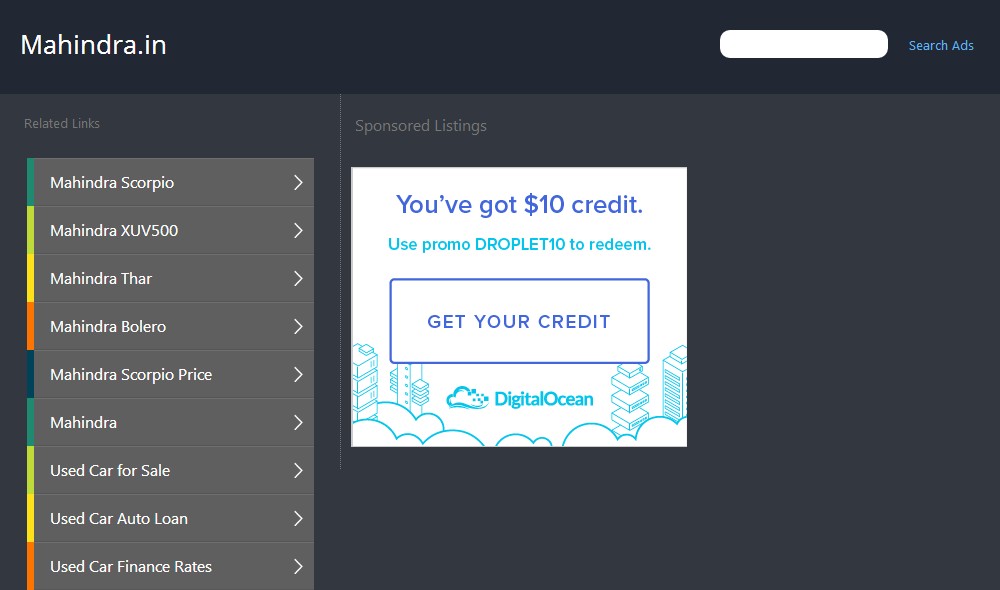 Mahindra Group has filed for a Domain Dispute against domain name Mahindra.in with Nixi/.In Registry under INDRP, which is parked by a Domain Squatter Mr Yitao at Bodis.com.

The Respondent is the same person against whom recently another INDRP matter was decided on 05 January 2015 – JAGUAR LAND ROVER V YITAO and is available for download in PDF at: https://registry.in/system/files/jaguarlandrovercoin.pdf. And also had few others UDRP matters decided against him, mostly related to famous Trademarks, which is enough to conclude the Respondent is a habitual Cyber Squatter.

And it is expected that he would be heavily penalized here as well !!!