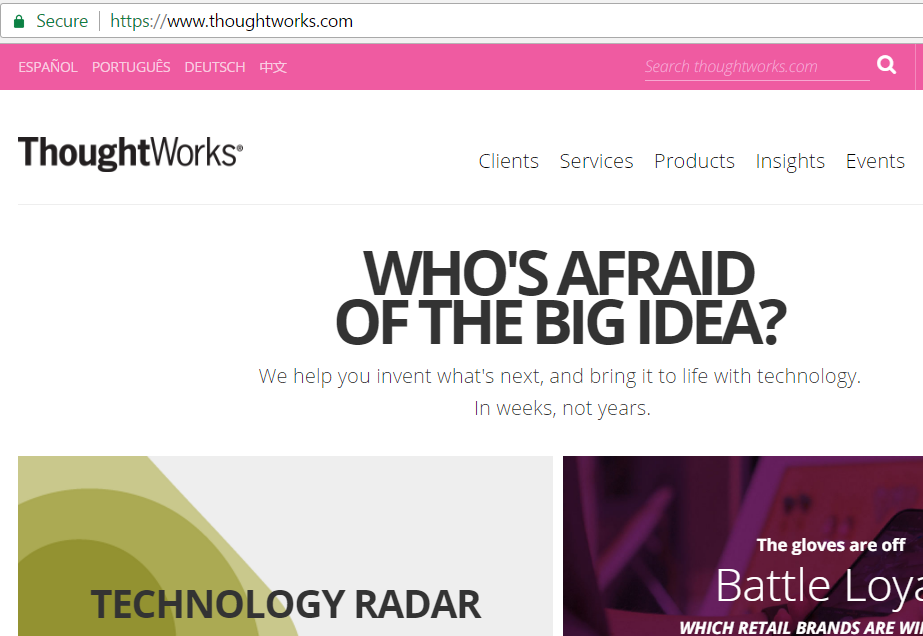 The INDRP award upon Domain name Thoughtworks.in (Case No INDRP/682) was pronounced on 12 July 2017 in favor of the Domain Name owner i.e. the Respondent. The presiding Arbitrator in the matter was Mr. V.K. Aggarwal.

The complaint was filed by M/s ThoughtWorks Inc. based in Chicago, IL, United States of America. While the Respondent was Super Software Pvt Ltd based in Chennai, TN, India.

The Domain Name was registered on 31st October 2014, while the complaint was filed on 05th May 2015. The grounds for the Complaint mainly included registered Trademark by the Complainant around the world which included Indian Trademark registered since 2011 under class 9 and further two pending applications before the Trademark Registry. Complainant already owned ThoughtWorks.com and contended that main purpose of registration of the IN domain name by the Respondent is to mislead the general public. Though Complainant failed to provide much about its activities.

Whereas Respondent defended it very well based upon the generic nature of the Domain name stating it planned to launch it as a Startup Incubator, as the keywords were similar to the concept like idea+factory, brain+works and so on. Respondent also contended that Complainant never owned the said Domain Name in the last decade since it’s launch and it was registered by the Respondent after it was dropped by the previous owner. Respondent also pointed to the date of Trademark Registration which was quite near to Domain Registration in October 2014. Further, Respondent never contacted the Complainant to sell the said Domain Name.

In the decision, Arbitrator noted some discrepancies submitted as to the address of the Complainant company in various annexures. Also, note that no Trademark Registration certificate has been submitted by the Complainant in support of any registration. Therefore,
not even the first condition could be held to be satisfied. Further, the Domain was held to be used legitimately and fairly. And no Bad Faith could be inferred. As a result, the INDRP proceedings failed and the Domain stayed with the Respondent, i.e. Domain Name owner. The details decision in INDRP matter is available at https://registry.in/system/files/thoughtworksin.pdf.

“Indeed, the learned Arbitrator does not appear to have drawn the attention of the Petitioner to the three different addresses appearing in the petition. However, the logical sequitur would be to seek the Petitioner’s clarification. For some reason, the learned Arbitrator failed to do so. Not permitting a party to clarify the factual aspect might itself lead to a grave error that is fatal to the Award in terms of what could be seen as a procedural lapse. The learned Arbitrator also appears to have made a mistake about the trademark registration not having been produced. As pointed out by the Petitioner, it was annexed to the complaint itself as Annexure F.”

Importantly, no finding was returned on whether the use of the domain name by Respondent No. 1 would lead to confusion and deception. With the domain name taking up the entire name of the Petitioner, there could be no doubt that the use of such domain name by the Respondent would be deceptively confusing and erroneously indicate a connection of Respondent No. 1 with the Petitioner when there is none. For all of the aforementioned reasons, the Court is satisfied that the impugned Award is opposed to the fundamental policy of India as it has numerous glaring errors which appear on the face of the Award. Consequently, the Court sets aside the impugned Award and allows the petition but, in the circumstances, with no order as to costs.”

As a result, the INDRP decision was over ruled and the Domain Name was ordered to be transferred to the Complainant and the domain was moved out from the Respondent’s account by NIXI in February 2017 in favor of the Complainant!