You are here: Home / INDRP / AXA, France gets hold of domain name axai.in under INDRP 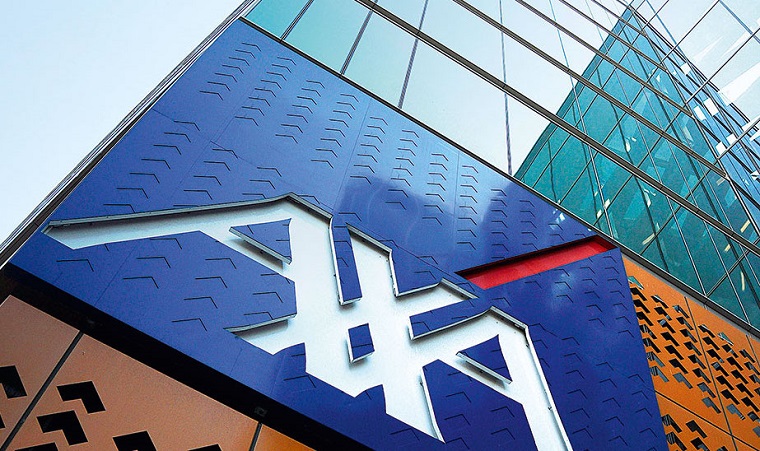 AXA is an Insurance Giant based at France, having online presence at axa.com who recently lost UDRP over AXA.org but was successful under INDRP over domain names axai.in and also axa-im.co.in. Similar decisions re-establish the fact that it is better to keep away from strong trademark based domain names.

2. The Domain Name and Registrar

(a) A Complaint dated February 26, 2018 has been filed with the National Internet Exchange of India. The Complainant has made the registrar verification in connection with the domain name at issue. The print outs so received are attached with the Complaint as Annexure C. It is confirmed that the Respondent is listed as the registrant and provided the contact details for the administrative, billing, and technical contact. The Exchange verified that the Complaint satisfied the formal requirements of the Indian Domain Name Dispute Resolution Policy (INDRP) (the “Policy”) and the Rules framed there under.

(b) The Exchange appointed Dr. Vinod K. Agarwal, Advocate and former Law Secretary to the Government of India as the sole arbitrator in this matter. The arbitrator finds that he has been properly appointed. The Arbitrator has submitted the Statement of Acceptance and Declaration of Impartiality and Independence, as required by the Exchange.

(c)In accordance with the Policy and the Rules, an attempt was made by the National Internet Exchange of India to notify the Respondent about the Complaint. The Complaint could not be served on the Respondent. Hence, the present proceedings have to be ex parte.

From the Complaint and the various annexure to it, the Arbitrator has found the following facts:

The Complainant is a company incorporated according to the laws of France under the number 572 093 920. The AXA SA is the holding company of AXA Group.

According to the Complaint, the Complainant is engaged in three major lines of business, that is,
(i) property and casualty insurance;
(ii) life insurance and savings, and
(iii) asset management proposed to both individuals and business companies.

It is serving 103 million customers worldwide. The Complainant contends that their trademark AXA is traded on Paris Stock Exchange since 1988 and in 1996 it became listed on the New York Stock Exchange. The Complainant is doing business in 64 countries in various parts of the world including Europe, North America and Asia Pacific.

The “AXA” mark has acquired a high degree of public recognition and distinctiveness among customers around the world and symbolizes valuable goodwill for the Complainant. The Complainant is well known to its customers as well as in business circles as “AXA”.

The Respondent’s activities are not known.

The Complainant contends that each of the elements specified in the Policy are applicable to this dispute.

In relation to element (i), the Complainant contends that the trademark “AXA” is introduced in the year 1985 and it is commonly known throughout the world. The Complainant extensively promotes its mark “AXA”.

So far as India is concerned, the Complainant established an Indian subsidiary AXA BUSINESS SERVICES having its registered office at Bangalore, India. Moreover, Bliarti AXA General Insurance Company Limited is a joint venture between Bharti Enterprises and AXA.

Therefore, the disputed domain name is similar or identical to the registered trademark of the Complainant. In support of its contentions, the Complainant has relied on the decisions in the cases of BACARRAT SA v. DOREEN JUNGNICKEL/BERMANDOMCREATE, (INDRP Case decided on October 06, 2006.

Further, the Respondent is not making a legitimate, fair or bona fide use of the said domain name for offering goods and services. There is no relationship whatsoever between the Complainant and the Respondent. The Respondent registered the domain name for the sole purpose of creating confusion and misleading the general public. The Complainant has stated that the use of a domain name that appropriates a well-known trademark to promote competing or infringing products cannot be considered a “bona fide offering of goods and services”.

Therefore, the Respondent has no legitimate justification or interest in the disputed domain name.

In support of its contentions, the Complainant has relied on the decisions in the cases of ACCORD v. Tang Wei, (INDRP/127) and Express Scripts, Inc. v. Windgather Investments Limited (WIPO Case No. D2007-0267) wherein it has been held that … before notice of dispute began, the Domain name was not being used by the Respondent in connection with a bona fide offering of goods and services (paragraph 4 (c)(i) of the Policy). The Respondent had apparently “parked” the Domain name until it could be sold and the advertisements on the site were generated by the parking company. In this way, the Respondent allowed the parking company free reign over content.”

“You are welcome to purchase the domain name from me. I have not used it yet. However, you are welcome to the rights for a fair fee. Please send me an offer and we can coordinate its transfer immediately”.

In support of its contentions, the Complainant has relied on the decision in the case of Longs Drug Stores CaL, Inc., v. Shep Dog, (WIPO Case No D2004-1069) wherein it has been held that “Parking of such domain names to obtain revenue through web traffic and sponsored results is a common practice of domain hijackers”. Thus, the facts of the case strongly demonstrate that Respondent has registered and used the <axai.in> domain in bad faith.

The Respondent did not submit any evidence or argument indicating his relation with the disputed domain name <www.axai.in> or any trademark right, domain name right or contractual right.

The Rules instructs this arbitrator as to the principles to be used in rendering its decision. It says that, “a panel shall decide a complaint on the basis of the statements and documents submitted by the parties in accordance with the Policy, the Arbitration and Conciliation Act, 1996, the Rules and any rules and principles of law that it deems applicable”.

According to the Policy, the Complainant must prove that:

A. Identical or Confusingly Similar

The Hon’ble Supreme Court of India has recent held that the domain name has become a business identifier. A domain name helps identify the subject of trade or service that an entity seeks to provide to its potential customers. Further that, there is a strong likelihood that a web browser looking for “AXA” products in India or elsewhere would mistake the disputed domain name as of the Complainant.

Therefore, I hold that the domain name <www.axai.in> is phonetically, visually and conceptually identical or confusingly similar to the trademark of the Complainant.

B. Rights or Legitimate Interests

As has been contended by the Complainant, the Respondent is not making a legitimate, fair or bona fide use of the said domain name for offering goods and services. The Respondent registered the domain name for the sole purpose of creating confusion and misleading the general public.

I, therefore, find that the Respondent has no rights or legitimate interests in the domain name <www.axai.in> under INDRP Policy, Paragraph 4(ii).

Any of the following circumstances, in particular but without limitation, shall be considered evidence of the registration or use of the domain name in bad faith:

The contention of the Complainant is that the present case is covered by the circumstances mentioned herein above. There are circumstances indicating that the Respondent has intentionally attempted to attract, for commercial gain, internet users to its web site, by creating a likelihood of confusion with the Complainant’s mark. It may also lead to deceiving and confusing the trade and the public.

The foregoing circumstances lead to the presumption that the domain name in dispute was registered and used by the Respondent in bad faith.