The number of .IN Domain Name Disputes (INDRP) filed over the last few months have seen a rise, with 25 new INDRP matters filed since 18 December 2017, it included 17 matters in January 2018 itself. The last time when we saw a lot of INDRPs filed in a single month, that was way back in January 2016, when 27 INDRPs were filed, out of those, 19 were contributed by DELL INC.

DELL INC has been one of the most active company ,when it comes to Domain Disputes with .IN Registry under INDRP (47 Domain Disputes filed till date by DELL INC), but during the said period, it was mixed bag with brands like Amazon, Google, Flipkart, Hewlett Packard, Novartis, Puma, GE, Havells, Ebay, Tata Motors and more have come forward in a bid to get hold of their respective domain names. 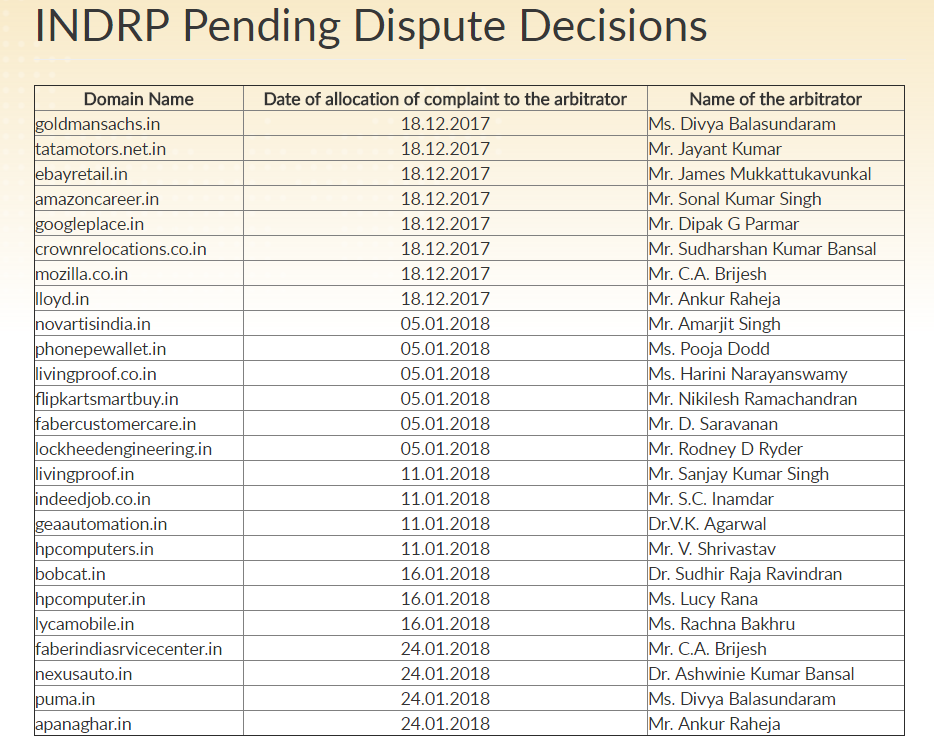